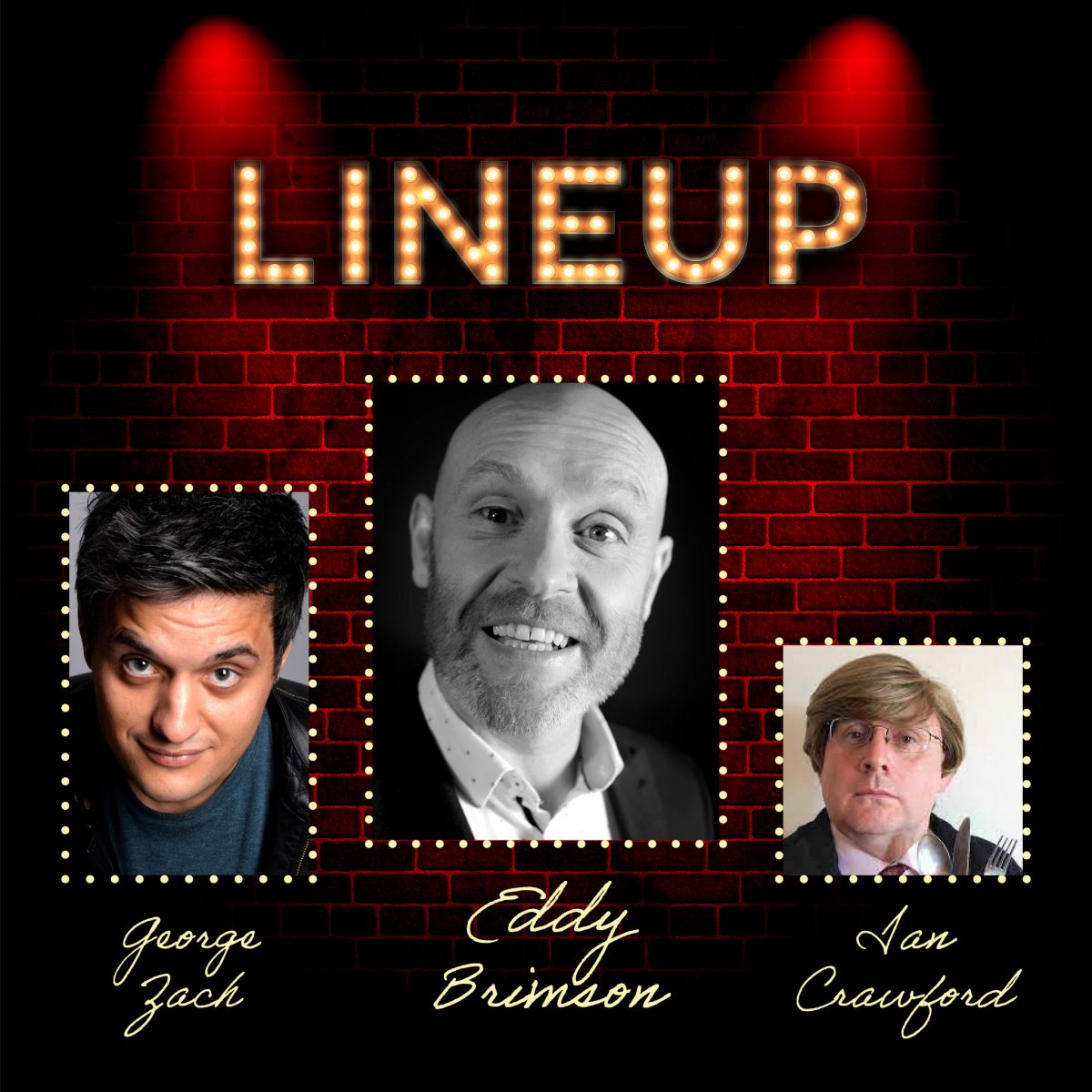 Live comedians, a two course dinner and family and friends – what more could you want!?

Headlining is the appealing and gripping writer and comedian EDDY BRIMSON. Known as a ‘geezer’ he is one of the most entertaining comedians on the circuit. Having made many TV appearances including Eastenders, Absolutely Fabulous, The Thin Blue and Casualty, he has also featured in TV adverts such as Snickers and Bacardi Breezer. Travelling all over the world as a stand-up he once even did a gig naked!!!!!

Support from Greek, GEORGE ZACH who has appeared on BBC 1’s ‘The One Show’ and supported Luisa Omielan on tour. After gaining a degree in England he decided not to return to his home on a Greek Island. Instead, he chose to follow his passion for comedy, live in Newcastle and now entertains audiences with his funny Geordie observations.

Completing the line-up will be the incredibly funny cutlery sage IAN CRAWFORD, with his unique safety advice.

Compere for the night is the positive, amiable and amusing DAVE BRYON.

A TRIO OF DESSERTS

Download it for free on either App Store or Google Play to book a table, collect and spend loyalty points, let us know ‘you’re here’ once arriving and be the first to know about any offers, promotions or upcoming events.

Live comedians, a two course dinner and family and friends – what more could you want!? Funhouse Comedy Club returns […]

Join us for a taste of Spain with speciality tapas brought to you by our amazing kitchen team! 8 courses […]